Every human has certain rights given to him or her by the Creator. That is true regardless of who you are or where you live.
The right to worship God in spirit and in truth.
The right to live.
The right to pray.
The right to say no to medical procedures or experiments.
The right to ask questions and the right to real answers. Those paid for by the companies who are gaining money by lies aren’t reliable sources, but are compromised with a serious conflict of interest. The narrative of lies and control is falling apart, making evil people panic as truth is getting louder. Truth has power whether spoken quietly or shouted in the streets.

Everyone has a right to seek God. Thoughtful, kind people and also enemies of freedom and decency can each one call on Him for help in turning toward Truth. Yeshua can change hearts and save souls of anyone alive – joy for eternity. I will not let lies of the devil keep me from my Savior. Believing in ישוע Yeshua, asking forgiveness for my sins, and trusting Him to save my soul is all I have to do and each individual has to do. Baruch HaShem.

Regardless of what some bigoted people think, everyone is on equal ground concerning God’s love for each one of us. Having money or not doesn’t make a person closer to Him or give any advantage. Male or female, either one can appeal directly to the Creator at any time. No age requirements. Any age can trust Him and have prayers answered. It can be any time of the day to have access and be heard by Him. He cares about each one of us and is ready to listen any time of the day or night for any amount of time.

As people speak up and protest for freedom, I pray for each individual, a team in which not everyone speaks the same language or lives in the same country, but we stand together. In prayer, in knowledge, in strength. All over the world, calling for freedom from evil tyranny, for ourselves, for our families, our friends, and strangers we’ve never met. I don’t know the names of students in Iran fighting the terror regime there, but I’m praying for them and I know Yeshua hears me.

Families, First Responders, Military, Students, Drs., Nurses, Patients, Waiters and Waitresses, Professors, Airline Pilots, etc., I stand with you for your freedom and rights and I’m praying for you.

“And ye shall know the truth, and the truth shall make you free.” John 8:32 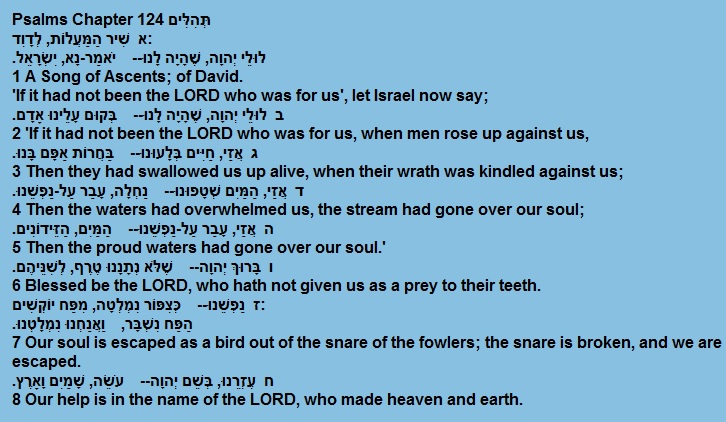 Obviously it isn’t enough just to say the words “Never Again”, although it is important to say them, but not as empty words. Why say them and not do what you can to keep HaShoah, the Holocaust, from ever happening again?

Facts and details of what led to HaShoah and what happened during the sickening horror are available to anyone caring enough to seek them. We don’t even have to guess about what happened, but have many eyewitness testimonies and historical documents from survivors, fighters. They can be read in a number of languages as well as heard. Holocaust survivors, eyewitnesses to HaShoah, have spoken many times, telling what happened, before, during, and after. Putting themselves through it again emotionally, mentally re-living the terror, so that they can warn us to remember these things they’ve told us, never to forget, to try as much as we possibly can to keep it from ever happening again. We need to listen to them and to know. Why? To honor memories of loved ones and protect loved ones, us, others, now and in the future. So that we know what to look for in order to stop it.

How can we possibly be silent? We should be consistent in speaking up against evil and tyranny, for our loved ones, family, friends, strangers, and also for ourselves. For our freedoms, our obligation to do the right thing to honor our Creator. The guilt from silence when needing to speak up would be a horrible burden. How can we truly claim “Never Again” without purposely noting what happened in the years prior to HaShoah and standing up against the same type of insidious evil now that has infiltrated with the intent to destroy our freedoms and our daily lives? We should never forget, yes, but not stand up to tyranny? Of course we should stand up to tyranny.

So we know these things, how can we ignore them when we see them happening now? Like what things, for instance? —>>>Targeted persecutions against people who have Judeo-Christian beliefs, public ridiculing/shaming, beatings, censorship, being blamed for practically everything, houses of worship denying entrance to individuals, made to wear something to identify yourself so that your rights can be denied to you, freedom of movement being restricted or stolen like attending school, shopping, eating in restaurants, BDS, separating family, attempts at forbiding Torah/Tanakh/Bible beliefs and prayer, forbidding to gather together to worship the Creator as we believe we should, bullying, attempts at confiscating citizens’ weapons as a means of defense, depopulation efforts (murder), neighbor turning in neighbors, book burning, coerced or forced medical experiments and procedures, threats, small businesses being attacked, looted, burned, broken glass (never forget Kristallnacht), thefts, violence, kidnappings, murder, brainwashing, perversion immorality. The evil that advocates and pursues those things hates all of us. They hate everyone, Jew or Gentile, who opposes them.

Just as HaShoah didn’t happen overnight, the didn’t suddenly change and stop being evil when World War II was over. Having murdered Jews and Gentiles, the continued to slither into other countries, fortified and aided by some of their own evil thinkers already there – fifth columnists embedded in places that should know better.

As I listened to wise people, read books, and watched movies about HaShoah, I understood that it isn’t enough to know that we don’t ever want it to happen again, but to see what led to it happening so that we can be on the lookout for those same things. We are to be vigilant to keep it from happening again. So we listen, read, research, and observe, so that when we see an attack coming, we can shout it from our post to watch out, beware, and to stop it.

Protecting people and looking out for each other is something that is so vital and requires much prayer as well as vigilance. Male or female, any age, help all. I’ve always tried to speak up for little children, including when I was little. Everyone’s voice counts. We all need to stand up for one another and together fight the evil that hurts little children.

No is an important word. In Hebrew, the word is lo לא. Never in Hebrew is לעולם לא.

There are things that I hear about that make my very soul yell out NO!!!!!!!!!!!!!!!!!! and I cry deep in my heart as I pray for these horrors to be stopped.
Little children being terrified and/or hurt. I pray for each one.
Little babies murdered.
Chassidic/Orthodox/Haredi Jews being falsely blamed and targeted for attacks physically and spiritually. And I pray for my Jewish people – my heart doesn’t divide into this Jewish group who believes this or this Jewish group who believes something else. All Jews for decency and what is right need to stand together along with all Gentiles for decency and what is right.
Freedom fighters in Hong Kong boarded onto buses headed for “re-education camps”. And I pray for them.
Muslim Uyghurs forced to be slaves to make products for spoiled people around the world. And I pray for them.
Christian families, any nationality or skin color, around the world tortured. And I pray for them.
Nigerian school children kidnapped. And I pray for them.
A person who cares about freedom doesn’t have to be a member of a particular synagogue or church that is being attacked. We don’t have to be a citizen of a country where atrocities are taking place. All that is necessary to speak up is to care about fellow humans. Are you awake? You don’t have to stand alone. We Stand Together. I will not be silent. Todah Rabah (Thank You Very Much) to All who Have Been and Are Standing Up and Speaking Up!

I listen, read, to honor and also never forget all of the good people who fight and are fighting against forms of oppression. Knowledge is power. Prayer even more powerful. ישוע

People try to guess what they would do in various situations. Do you wonder what you would have done back in the years leading to HaShoah? What are you doing now? Anything you want to change? Please speak up in person, online, in support of standing together against tyranny, against evil. Most of all, trust the Creator, pray, and fear not. Don’t be afraid of paid propagandists or ai bots or evil people who hate you. God loves you. Be brave and faithful. 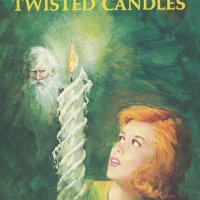 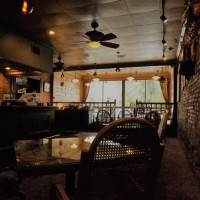 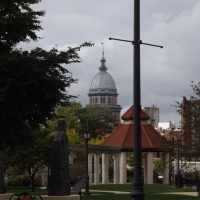 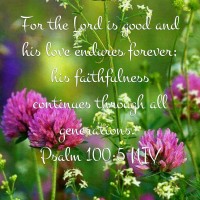 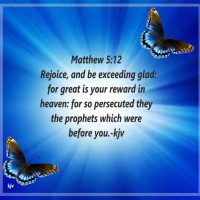 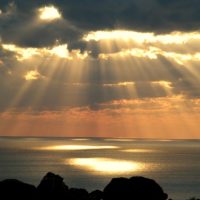 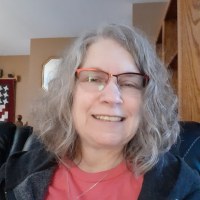 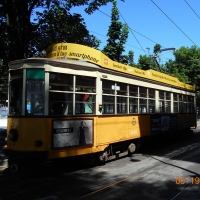 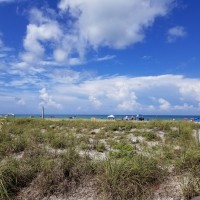 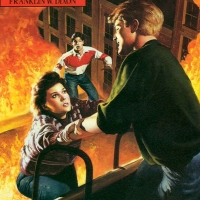 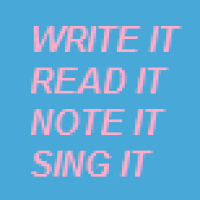 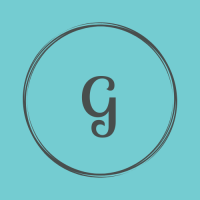 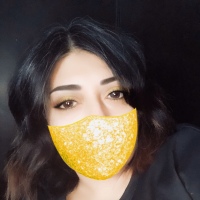 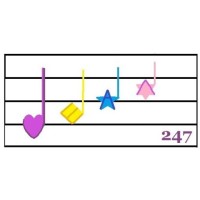 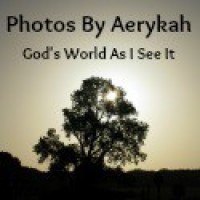 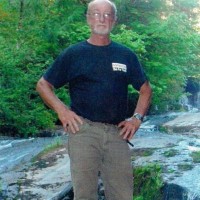 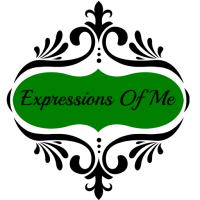 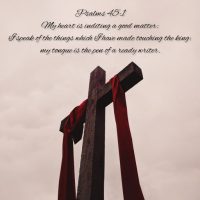